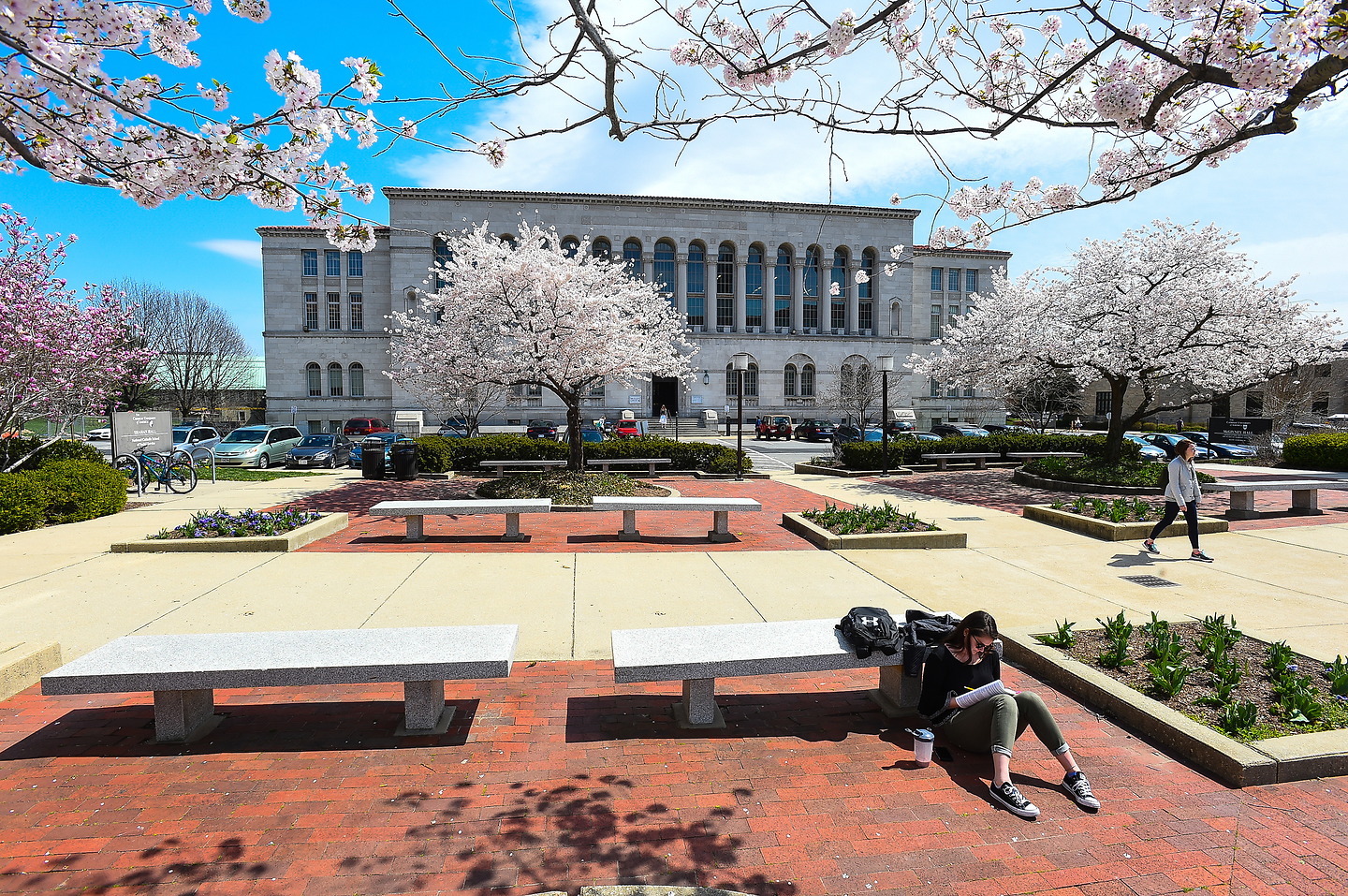 Washington, D.C.,'s festivals, museums, professional sports, theatres, concerts, shopping, parks, restaurants, monuments, waterways, and trendy neighborhoods are all an extension of our campus. Hop on the Metro — at the Brookland/Catholic University stop — and you'll be at a museum or baseball game or a flea market in minutes. Before you know it, the nation's capital will feel like home.

Whether it's to check out the world-class collections at the National Gallery of Art, see a performance at the Kennedy Center, take in the Tidal Basin during cherry blossom time or make yourself available to nearly unlimited food options, Washington, D.C.'s Metrorail system is almost always the fastest and simplest way to get from here to there.

Since the Brookland-CUA station opened on the historic Red Line in 1978, untold thousands of CatholicU students have taken advantage of the convenient 10-minute hop to Union Station and other points downtown. Some out to enjoy the historic, cultural, and entertainment aspects of the city, and others on their way to internships at agencies and organizations spread across the District.

We've put together a short list of some of the fun, exciting, and inspiring destinations to be found at stops throughout the Metrorail network. As the system's oldest, longest, and busiest route (and the only one that doesn't share its tracks with another line), the Red Line earns five places on our list of Top Stops, including:

Having our own Metro station right next to campus connects Catholic University students to all the D.C. region has to offer.

Three short stops from campus sits historic Union Station, across from Lower Senate Park on the approach to Capitol Hill and the east end of the National Mall. Serving Amtrak and several regional lines as well as Metro, the station pre-pandemic saw an average of almost 5 million people pass through its doors each year.

The Smithsonian's National Zoo is the main attraction here. One of the oldest zoos in the United States, the 163-acre enclave is home to the famous giant panda family of Tian Tian, Mei Jiang, and recent cub Xioa Qi Ji, as well as 2,700 other animals representing some 390 species. Free and open 364 days a year.

Over the decades, the neighborhood east of downtown Washington, D.C. along H and I Streets, between 5th and 8th Streets NW, has been home to generations of Chinese immigrants. Today, it is part of the National Register of Historic Places — and still a great place to find some authentic and wallet-friendly Chinese food.

Named for the (in)famous traffic circle that has befuddled native Washingtonians and tourists alike since 1871. Close to downtown and the major visitor destinations, this pleasant neighborhood of leafy streets offers an abundance of eclectic eateries, coffee shops, bookstores, and boutiques.

(Honorable mention: Wheaton: Engineers and trivia buffs may want to check out the longest escalators in the Western Hemisphere that serve the Wheaton Station near the northeast end of the line. Farragut North: close to the White House and Lafayette Square Park)

Situated directly on the National Mall and providing access to all the national memorials and museums that stretch between the Capitol Building to the east and the Washington Monument to the west — including the historic red Castle of the Smithsonian Institution itself, the largest museum, education, and research complex in the world.

The first stop across the Potomac River in Virginia brings visitors to the nation's most famous military cemetery, a sanctuary of quiet and reverence within the bustling metropolis of Washington. The regular changing of the guard at the Tomb of the Unknowns is always a moving experience. 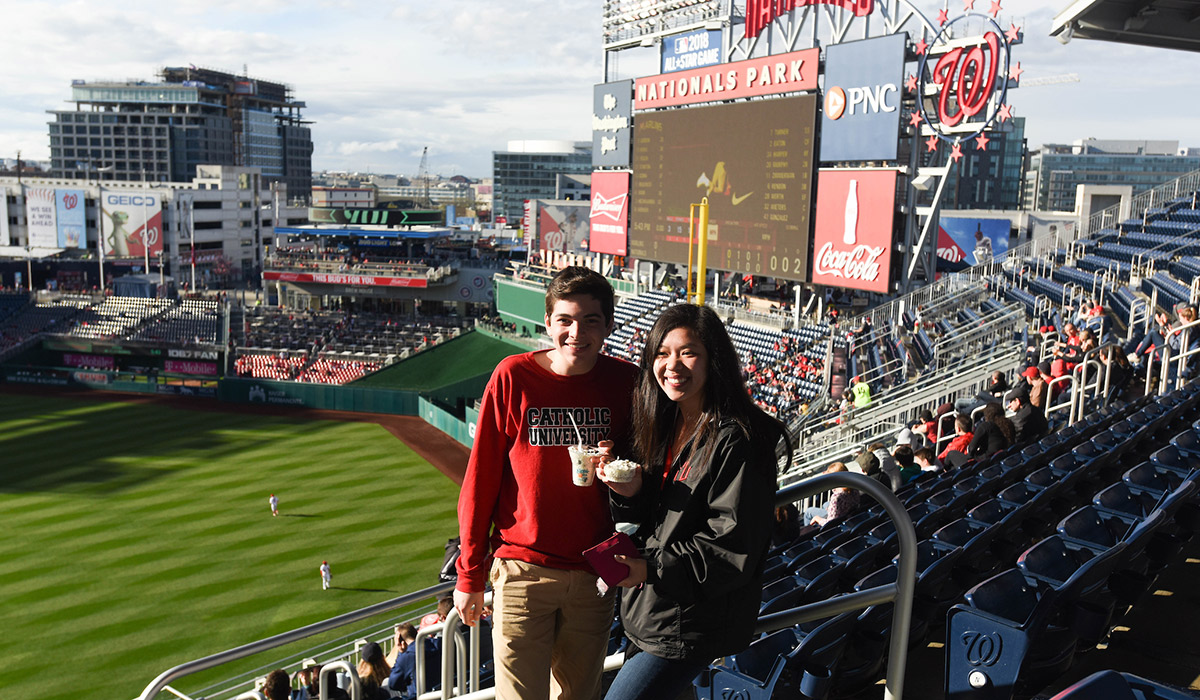 Attention major league baseball fans, this is your stop for Nationals Park, home of the 2019 World Series Champion Nats.

Thousands of CatholicU students, families, and other visitors transit through National Airport every year. But how many pause to enjoy the panoramic view of the capital city available from the viewing decks outside the main terminal? Insider tip: A great, away-from-the-crowds place to watch any of Washington's many celebratory fireworks displays! 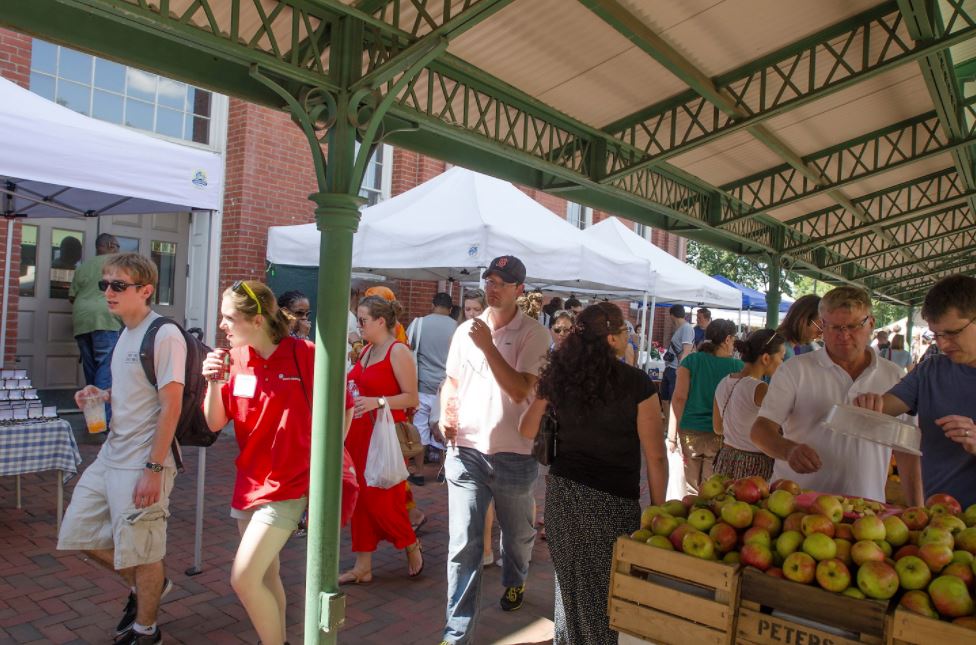 The name of both the 19th-century brick building containing one of the city's most popular public food and arts markets as well as the small surrounding community thriving within the greater Capitol Hill neighborhood, Eastern Market has been a vital part of Washington life since 1873 and is one of the best places to find fresh fruit and farm-to-table produce, meat, cheese, and baked goods.

One of Washington, D.C.'s culinary "must do's" is found inside the Greater U Street Historic District. Ben's Chili Bowl, founded by Trinidadian immigrant Ben Ali, has been serving "punk-looking kids, fashionable business people, and everyone in between" (Boston Globe) since 1958. Famously during the protests following the death of Martin Luther King Jr. in 1968, police officers and firefighters called in to help protect the neighborhood "broke bread" with activists and demonstrators inside Ben's, which continues to attract a variety of D.C. notables including President Barack Obama in 2009.

The Summer 2022 Sessions Deadlines have passed and we are no longer accepting enrollment for this year.
If you have a question about Summer 2023, or have general questions about Summer Sessions at The Catholic University of America, you can Schedule an Online Meeting or Request Information using the form below

The Summer 2022 Sessions Deadlines have passed and we are no longer accepting enrollment for this year.
If you have a question about Summer 2023, or have general questions about Summer Sessions at The Catholic University of America, you can Schedule an Online Meeting or Request Information using the form below